What exactly is Vocal Fold Shortening and Retrodisplacement of the Anterior Commissure (VFSRAC)?

Yeson Voice Center’s Vocal Fold Shortening and Retro­displacement of the Anterior Commissure (VFSRAC) is now worldwide known as the safest and most effective way of feminizing one’s voice. Yeson´s VFSRAC sets itself apart from all other known surgical techniques geared to achieve voice feminisation due to its in detail drastically different surgical concept and procedure compared to all other froms of voice feminization surgery practiced today.

The unique concept of Yeson‘s VFSRAC surgery is that the most advanced surgical technique is used which perfectly modifies the features of male vocal folds into those of female vocal folds. This is achieved without the necessity of a skin incision by endoscopically removing 1/3 of the vocal fold membrane and internal tissue, and then suturing the new structures tight with permanent suture material using some of the world‘s finest micro endoskopic instruments.

Please realize that the surgical site is only about 3~5 mm in size and Dr. Kim will tie two knots using the smallest permanent thread available at two precisely calculated locations of the vocal fold surgical site using highly specialized micro-endoscopic medical equipment. It took Dr. Kim years of continuous development, reassessment and validation processes on this kind of tissue until he was able to create the now used VFSRAC technique. Dr. Kim‘s result oriented attitude and determination allowed him to gather all necessary unique know-how which resulted in the VFSRAC surgery technique. Another key element which contributes to a successful VFSRAC result is to use permanent suture material which can induce progressive thinning of the vocal fold mass to achieve a higher fundamental frequency and it will furthermore keep the result permanent.

VFSRAC is a two-step surgical procedure. After endoscopically exposing the vocal folds, the first step is to deepithelialize the anterior 1/3 or 1/2 of the membrane portion of the vocal folds, the anterior commissure and the part of the vocal folds facing the subglottic area. The lamina propria layer tissue and the submucosal glands extending towards the cricothyroid membrane get completely removed.
The second step consists in the retroplacement of the anterior commissure by 1/3 of the vocal fold length that got deepithelialized. Instead of creating a simple and disfunctional glottic web, two permanent nylon 0.6 sutures are placed at different vertical planes. The first (anterior) suture gets placed on the lateral thyroartenoid muscle and the second (posterior) suture gets placed on the vocalis muscle omitting the subglottic portion within this 1/3 deepithelialized vocal fold part. The vocalis muscle suture effectively contributes to achieve a higher pitch. Using this different vertical-suture-plane approach in the shortened anterior passage, a funnel like shape gets created which allows for a smooth glottic air flow resulting in a natural and clear voice (as opposed to the typical air turbulence effect due to webbing when a regular Wendler glottoplasty gets performed). 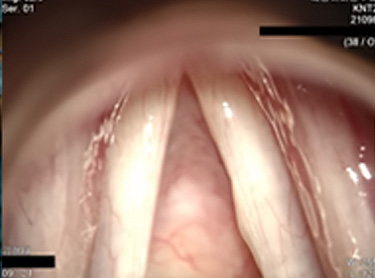 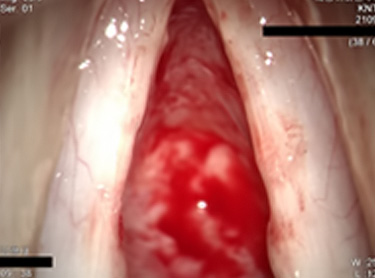 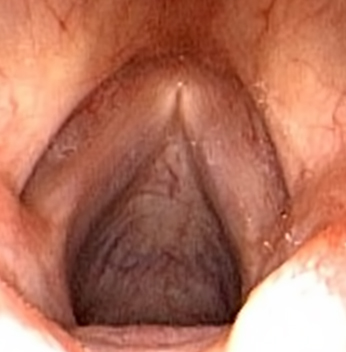 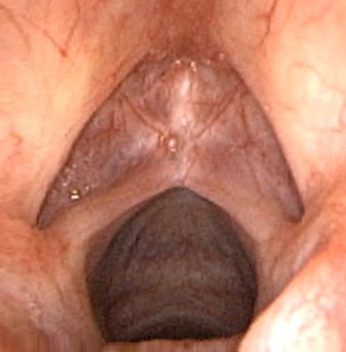 It is implicated that Yeson‘s VFSRAC can achieve an average raise in the patient‘s vocal fundamental frequency of 73.6hz in the transgender group allowing it to shift from the male range (100hz~150hz) into the female range (200hz~250hz) as shown in the table below.

The average time period needed to gain a fully feminized voice pitch ranges anywhere from 6 up to 12 months. Numerous factors determine how long it takes for the individual patient to reach the full voice feminization effect: patient‘s age, individual recovery capacity, the patient‘s vocal fold characteristics, the patient‘s mental state and capacity and most importantly the patients ability, willingness, care, and attention to closely follow all Yeson post-op care instructions and voice exercises. The time span needed for the patient to adapt to the newly created vocal fold structure and to be able to use the new vocal folds present may take up to a year or even a bit more. Daily voice exercise is needed and required to retrain the patient‘s phonatory pattern. Should an initial Botox injection be necessary to control vocal tremors after surgery then a reevaluation of the outcome via our Comprehensice Voice Examination (CVE) later in the recovery period might also result in the need for an additional Botox injection to further control vocal tremors. Please be aware that Yeson‘s VFSRAC voice feminization is a surgical approach that requires the patient to train female resonance patterns, adapt to the new laryngeal biofeedback reflex system, and to build a new phonatory pattern after surgery - these steps are essential to achieve a good result. The Yeson FVSRAC will not give you a female voice as soon as the surgery is completed. It gives the patient the prerequiste for the intended goal but it is the time and effort that the patient invests in herself that will achieve a truly feminine voice.

Voice Progression, Adaption Process, and Post-Op Voice Management after Yeson VFSRAC (Your personal result might differ from the graphs shown in this chart) 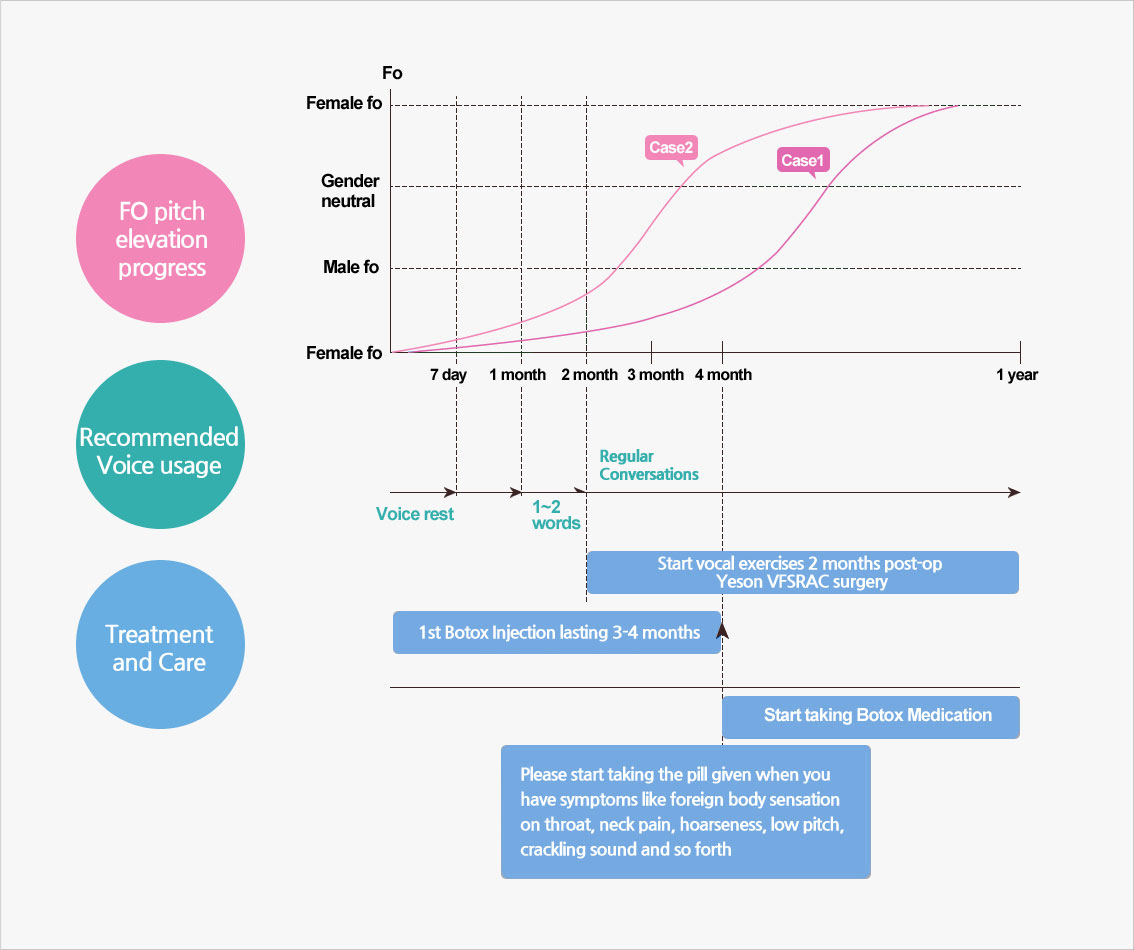 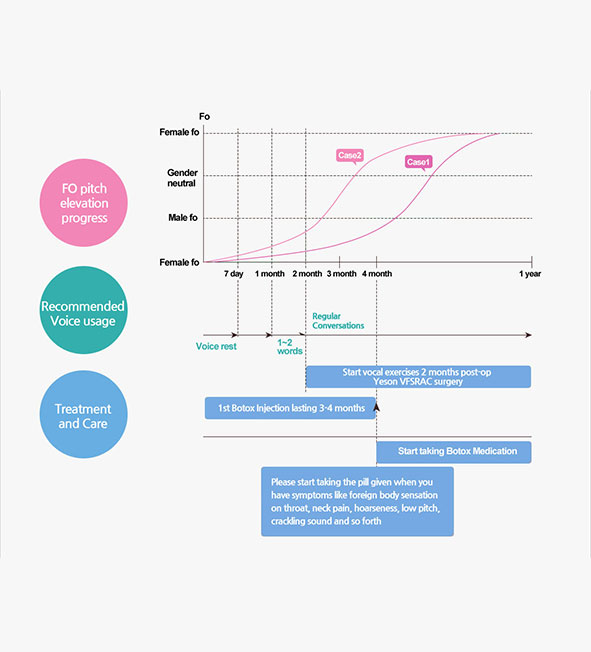 Yeson VFSRAC voice feminization is a very safe procedure with minimized risks, however, there could be temporary complications such as pitch instability, foreign body sensation in the throat, rough voice, pain in the neck, bleeding, sputum, cough and similar - yet these symptoms are all temporary. That said, to draw the best outcome of this sur- gery analyzing an individual patient’s vocal characteristics is very crucial to select the best treatment plan. Another key factor is practicing the female resonance training as part of the vocal rehabilitation program. By doing so it’s possible for patients to feminize their voice more naturally by modifying the phonatory pattern. Voice Feminization Surgery must be done by highly skilled and experienced surgeons, otherwise a voice cannot be improved when there’s a lack of voice therapies and rehabilitation programs. Most importantly, a very accurate diagnosis must be made by a highly experienced surgeon before a patients decides to go for this surgery.

After introducing its Yeson FVSRAC concept into the world of voice feminization in 2003, Yeson Voice Center‘s Dr. Kim quickly established a leading role in this highly specialized field by delivering superior and constant outcomes. Our patients provide the highest number of voice feminization result videos available on the internet compared to any other hospital worldwide which documents the excellence and reliability of the permanent outcome of Yeson‘s outstanding and superior FVSRAC approach.

Efficacy of the Yeson VFSRAC Surgery Technique Proven and Confirmed

Yeson Voice Center participated in the 20th World Congress of the International Federation of Otorhino Laryngological Societies (IFOS) held at the Coex Convention Center in Seoul, Korea, on June 5th, 2013 as one of Asia‘s official ENT representatives. This world congress can be compared to the Olympics of the otorhino-laryngology field opening its doors every 4 years to its more than 50 000 members from 125 countries. Yeson was a highlight presenting its research findings on voice feminisation of its Yeson VFSRAC (Vocal Fold Shortening and Retrodisplacement of the Anterior Commissure) technique. It found the praise and approval by professionals present from all over the world including members from the USA, Germany, France, Belgium etc. because of its safety and effectiveness which surpasses all existing methods of voice feminisation up to this day.

The Yeson VFSRAC is a surgical concept for voice feminization that originally was created by Yeson Voice Center‘s director Dr. Hyung-Tae Kim to treat female patients who developed a deep(er) voice with male characteristics due to a genetic disorder like the adrenogenital syndrome. During his time as professor at the Catholic Medical University of Korea in Seoul he devoted his time and genius to this project that resulted in the creation of the Yeson VFSRAC surgical approach. It also turned out to be very sucessful for male-to-female transgender individuals who are opting to feminize their voice.

The unique approach to modify the size, length, and thickness of male vocal folds to gain female characteristics by using an endoscopic approach without the need for any kind of skin incision sets it apart from other techniques. That is also the reason why a Wendler glottoplasty can‘t be compared to our Yeson FVSRAC voice feminization since this type of surgical approach only shortens the vocal folds without attention to thickness, size and air flow. By changing all of these parameters including a suture technique that optimizes air flow when air passes the vocal folds, an increase in pitch that sounds natural is achieved with less or hardly any damage to the vocal fold tissue and the larynx.

The medical professional ENT journal "The Laryngoscope" published Dr. Kim‘s 12-year medical research paper "A New Conceptual Approach for Voice Feminization: 12 Years of Experience" in volume 127, issue 5 on the 21st of June 2016 thus approving its content and acknowledging the validity of the medical paper and the research. 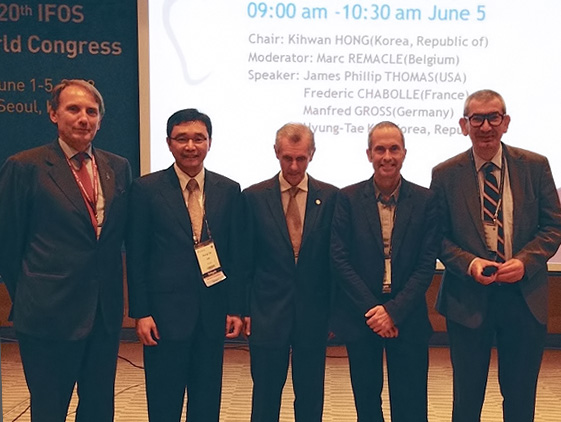 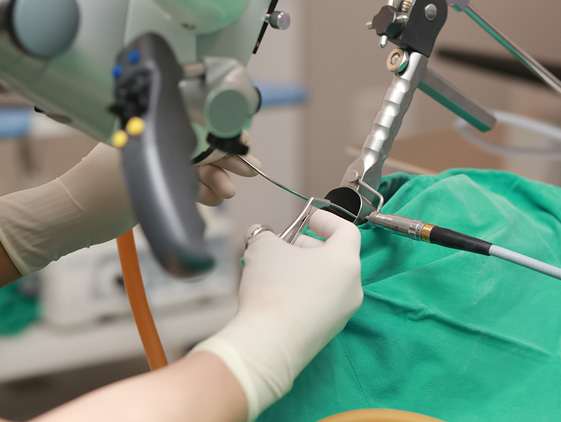